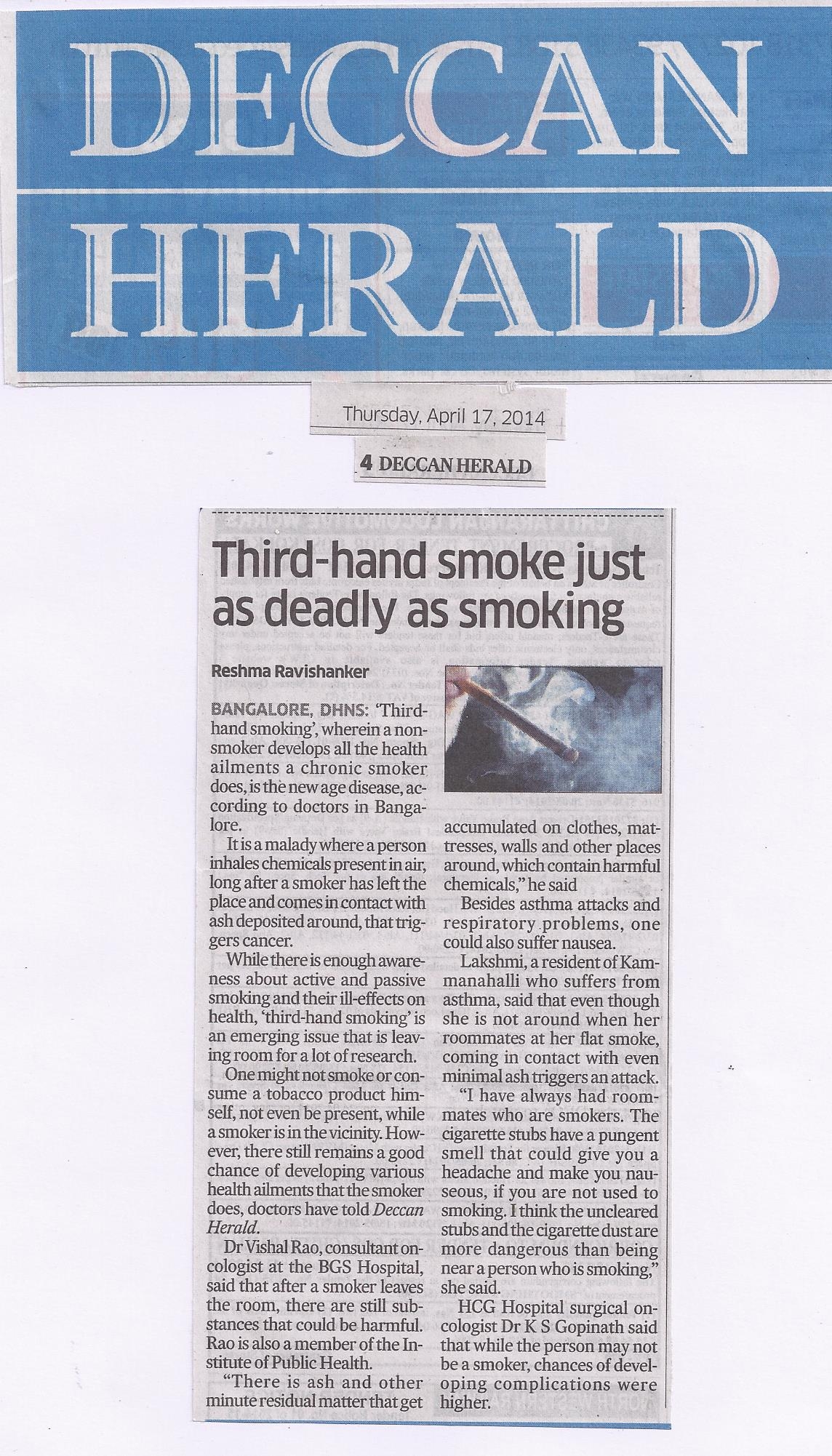 Third hand smoke is generally considered to be residual nicotine and other chemicals left on a variety of indoor surfaces by tobacco smoke. This residue is thought to react with common indoor pollutants to create a toxic mix. This toxic mix of third hand smoke contains cancer-causing substances, posing a potential health hazard to non smokers who are exposed to it, especially children.

Studies show that thirdhand smoke clings to hair, skin, clothes, furniture, drapes, walls, bedding, carpets, dust, vehicles and other surfaces, even long after smoking has stopped. Infants, children and nonsmoking adults may be at risk of tobacco-related health problems when they inhale, ingest or touch substances containing thirdhand smoke. Thirdhand smoke is a relatively new concept, and researchers are still studying its possible dangers.

Thirdhand smoke residue builds up on surfaces over time and resists normal cleaning. Thirdhand smoke can't be eliminated by airing out rooms, opening windows, using fans or air conditioners, or confining smoking to only certain areas of a home. Thirdhand smoke remains long after smoking has stopped. In contrast, secondhand smoke is the smoke and other airborne products that come from being close to burning tobacco products, such as cigarettes.It lingers in the hair, skin, clothing, and fingernails of smokers—so a mother who doesn't smoke in front of her kids, smokes outside, then comes inside and holds the baby is exposing that child to thirdhand smoke. The new compounds are difficult to clean up, have a long life of their own, and many may be carcinogenic.

One of those compounds, a tobacco-specific nitrosamine known as NNA, damages DNA and could potentially cause cancer. Third hand smoke is harmful to our genetic material. Scientists do know that babies, toddlers, and children are most vulnerable to the toxic effects of tobacco smoke residue. They crawl on rugs, fall asleep on carpets, and teethe on furniture, all of which could be saturated with thirdhand smoke.

Researchers aren't just worried about the risk of cancer. Thirdhand smoke could be responsible for other health problems, including asthma attacks and allergic reactions.

Hotel workers who sweep, vacuum, change linens, and dust the rooms of smokers are exposed to higher doses of thirdhand smoke than are the guests who stay a few nights in smoking rooms. Science hasn't yet quantified the amount of exposure that poses a health risk, and hasn't determined with certainty what those health risks might be. But any bar, casino, rental car, or indoor space that welcomed smokers in the past could still have ample amounts of thirdhand smoke.

The only way to protect non smokers from third hand smoke is to create a smoke-free environment, whether that's your private home or vehicle, or in public places, such as hotels and restaurants.